Join us for the 2019 ATHENA Leadership Awards Celebration on Oct. 29, 2019 at the Hilton Akron/Fairlawn in Akron. Terri Heckman, CEO of Battered Women’s Shelter & Rape Crisis Center, was the 2015 ATHENA Leadership Award recipient from Akron.  This short video shows her finalist video during the awards ceremony on May 6, 2015.

FedEx Custom Critical was honored with the ATHENA Leadership Organizational Award in 2015. 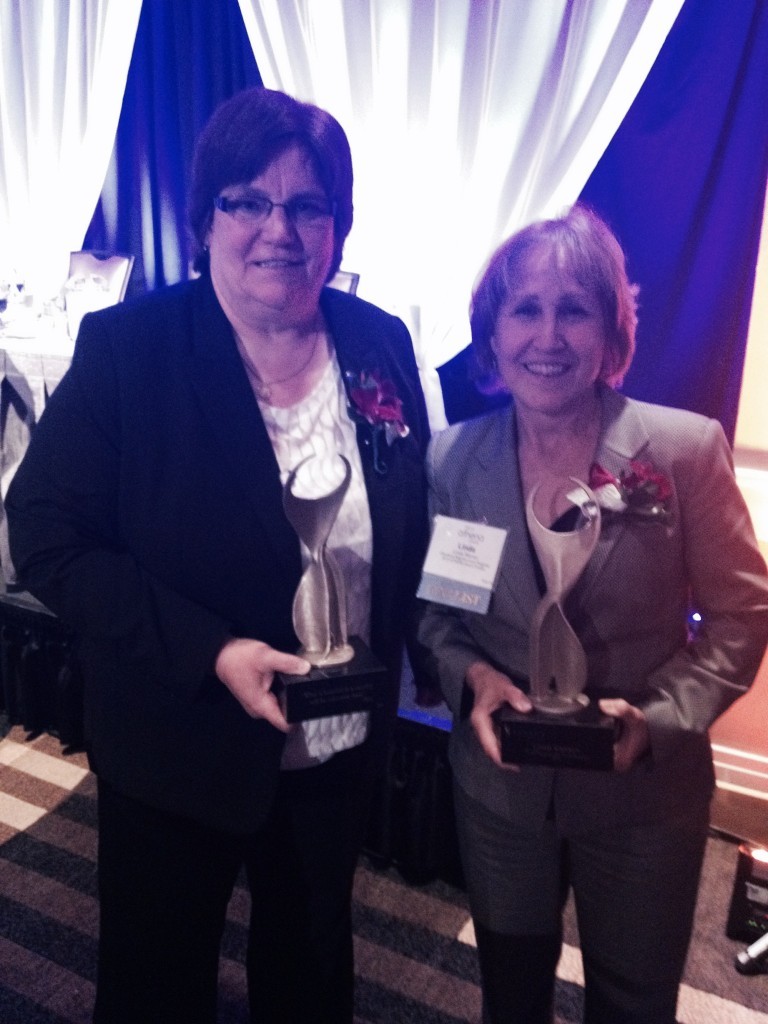 From left: Terri Heckman, Akron recipient of the ATHENA Leadership Award and Linda Warren, Cleveland recipient at the Northeast Ohio ATHENA Awards dinner May 6 at the Hilton Akron/Fairlawn.

Find out how you can become a member of ATHENA Akron.

Event registrants and guests agree to the allow ATHENA Akron to use their likeness in photographs taken at the event unless they have otherwise notified the affiliate’s administrator.

Click here to REGISTER for the next event and/or to join ATHENA Akron.

Become a Member of ATHENA Akron

Or print out this PDF, complete the form and bring it to the meeting.

Membership forms also available at the registration table at the event.

The ATHENA Akron 2020 Board of Directors:

ATHENA Akron, Inc., a nonprofit organization, was established January 5, 2015 as an independent 501(c)(3) with a mission to: